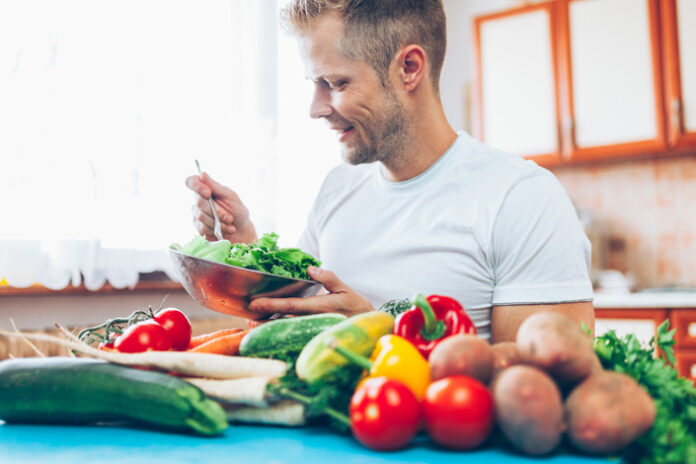 It’s the new buzzword in the world of nutrition … but antinutrients don’t quite mean what they are.

Should we be afraid of antinutrients?

Antinutrients (compounds found in healthy foods that prevent your body from using nutrients that are good for you) have generated a buzz since the 2017 publication of  The Plant Paradox, from Steven Gundry, an American heart surgeon. He explains that lectin, a nutrient found in certain vegetables such as tomatoes or peppers, can cause autoimmune disorders, heart disease, and even diabetes. Since then, hysteria has pushed the welfare warriors to abandon tomatoes and replace whole rice with white rice. Even if the attainments play a role, the research which supports this thesis is thin, even non-existent. If your diet is balanced, antinutrients are unlikely to affect you. But by understanding the science behind these ideas, you will make informed nutritional decisions.

”  These are naturally occurring compounds from plant foods that limit the bioavailability of vitamins, minerals, and other nutrients during digestion, ” says Lauren Minchen, a New York nutritionist. The most common antinutrients include phytates and lectins (found in grains, beans, legumes, and nuts) and polyphenols (in coffee, tea, and wine). Some vegetables, such as eggplant and tomatoes, also contain anti-nutrients. These compounds act as natural defense systems against disease by binding molecules in cell walls during the invasion of fungi, bacteria, and parasites. When we consume them, instead of binding to molecules in cell walls, antinutrients bind to micronutrients. For example, phytates bind to carbohydrates and lectins to minerals. When this happens in the intestines, the body is unable to absorb these nutrients.

Despite their name, these compounds are not harmful. Certain anti-nutrients act as antioxidants and can have a positive effect on the body by reducing the damage caused by free radicals. ”  You shouldn’t just focus on their downsides,”  says nutritionist Sharon Palmer, ”  because other compounds in these foods have many benefits.” “

So if tomatoes contain high levels of lectins, which can cause stomach upset and block absorption, they are good for your health. “  Studies have shown that people who eat more tomatoes have lower levels of oxidative stress and inflammation and lower risk of disease. We also know that eating tomatoes on a single meal immediately reduces levels of oxidative and inflammatory stress“, Specifies Sharon Palmer. Likewise, an overdose of phytates from grains can inhibit the availability of calcium and zinc. However, hundreds of studies demonstrate the benefits of whole grains. In some cases, antinutrients can be beneficial in themselves: polyphenols from tea, coffee, and wine, for example, fight inflammation and maintain a healthy immune system.

When should you worry?

Although antinutrients can block the absorption of nutrients, only a specific diet can cause a real nutrient deficiency. Thus, although the supply of carbohydrates will keep you going for long days, it may contribute to the reduction of minerals if the phenomenon occurs several times a week. ”  This can lead to nutritional deficiencies and health problems,” says Lauren Minchen. Lectins are associated with zinc deficiencies, which can weaken the immune system, cause colds and flu, and fail the skin barrier.  If laboratory tests reveal such deficiencies in you, you should take into account the role of antinutrients – people on a vegan or raw food diet who are at greater risk of overeating.

Regarding nutrient absorption, most of the antinutrient studies are done on raw foods in a laboratory setting and not in the context of a diet. New scientific research is needed to put into perspective their role in the body tempers Sharon Palmer.

How to avoid an overdose of antinutrients?

If you’re already on a diversified diet, you’re probably out of the woods. If you eat mostly plant foods, you can easily make sure you’re not taking too many anti-nutrients. Sprouted or soaked cereals, beans, nuts, and seeds can help reduce phytate content. You can buy them or germinate and soak the cereals easily at home. (If you buy dry beans, you probably already do). For vegetables with high antioxidant content, sauté or steam them lightly to reduce their anti-nutrient content, this will ensure better absorption. Cooking can reduce certain nutrients, such as vitamin C. The nutritionist, therefore, recommends a mixed approach, a varied and balanced diet.

How to get back into shape as soon as you start...

The best exercises for losing your lower abdomen

The lower abdomen is not always easy to work. Sculpt, refine, flatten, we share the best exercises for you to...

Top 18 fat burning foods for ladies. It is not simple to drop a few pounds immediately. People constantly say that a...

How to get back into shape as soon as you start...

ABOUT US
FitSavage is your news, Fitness, Weight Loss & Nutrition website. We provide you with the latest news and videos straight from the Fitness industry.
Copyright © 2019 All Right Reserved By FitSavage.
Do NOT follow this link or you will be banned from the site!
This website uses cookies to improve your experience. We'll assume you're ok with this, but you can opt-out if you wish. Cookie settingsACCEPT
Privacy & Cookies Policy

Any cookies that may not be particularly necessary for the website to function and is used specifically to collect user personal data via analytics, ads, other embedded contents are termed as non-necessary cookies. It is mandatory to procure user consent prior to running these cookies on your website.