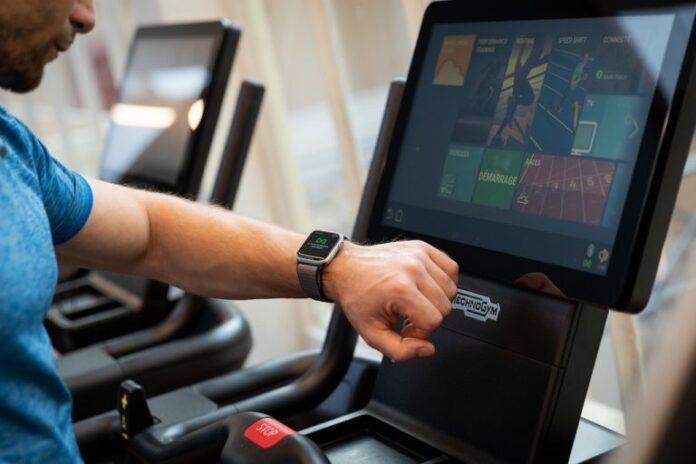 Connected objects are supposed to help us achieve our goals, but what about in practice? This is what we tried to know with the Apple Watch on the wrist.

Connected watches, activity trackers, these connected objects promise to help us stay in shape by keeping an eye on our physical activity. But after the infatuation of the first days, what is left? Are these gadgets really useful in everyday life? We tried the experiment with the Apple Watch.

After a few mistakes at the start, Apple’s smartwatch has clearly bet on health functions. To do this, it incorporates a heart rate monitor and, from Series 4, an electrocardiogram. Note that the watch also has a portable player via internal memory or in 4G with Apple Music. Just connect a wireless Bluetooth headset and we’re ready to put on our sneakers

To help the user to keep his (good) resolutions, the watch displays rings that must be closed every day rather than a quantified goal to be reached. This is one of the first differentiating elements of the Apple Watch according to Jay Blahnik, Senior Director of Fitness Technologies at Apple. The idea is not to do the maximum but rather “to indicate what to do at least each day according to your goals and your habits in the previous days”. So here we go for four weeks in the hope of losing some weight and returning to healthier habits. Not gained by spending most of the day sitting behind a screen.

Not surprisingly, the first indoor sessions are the most difficult. We set our sights on the elliptical trainer which saves a knee weakened by the weight gain of the previous months. And rather than having to configure the device on the one hand and the Apple Watch, on the other hand, some equipment is compatible with the GymKit protocol. Just bring the watch to the elliptical for the two devices to communicate in real-time. Several brands offer this functionality such as Technogym, Lifefitness or Octane, provided that your room has recent models. If necessary, you can also tell Siri to start the elliptical exercise. Simple and efficient.

By stopping the exercise, the activity ends automatically on the watch which keeps the information of the session. Rest the next day but the watch reminds us that our rings were more advanced at a given time the day before. What encouraged us to move a little more. As such, the Apple Watch displays a reminder to move a little every hour. Which is not too much with our sedentary jobs.

The following days we continued our program by gradually increasing the duration and intensity of the exercises. Our Apple Watch then offers us to beat our previous performances and win trophies. The morality we get caught up in the game and we ignore the laziness of going to the room. And as Jay Blahnik says, “it’s not very complicated because we play overtime”. Of course, the sharing function has not been forgotten in order to be lathered on social networks, but for our part, it is rather the challenge function that has changed the situation. This allows you to face a friend also equipped with an Apple Watch. Objective, to gain a maximum of points in one week. And the slightest opportunity is good, even going to get bread from a more distant bakery to grab a few points.

Assessment after only three weeks, a weight loss of 4 kg (we fit into our jeans, no need to make sales!), As well as longer and more varied sessions: cycling or swimming, the Apple Watch is waterproof and able to count the lengths for us. Note, however, that we have also monitored our diet by using the services offered by new technologies there, and in particular the Myfitnesspal application, which tracks daily calorie intake.

Rather gifted for the sport, the Apple Watch has another advantage for the owner of the iPhone: it allows precisely to free oneself from one’s headed smartphone. Indeed, the watch can display notifications (calls, SMS, WhatsApp, Facebook, etc.) directly on your wrist. It is even possible to call directly via its integrated microphone and speaker, especially with the 4G version which is truly autonomous. In addition, if you have an Apple TV, the watch can also be used as a remote control. Finally, you always have a Siri voice assistant that is activated simply by lifting your wrist, to do almost everything to the sound of your voice (write an SMS, speak and call a phone number, switch on connected bulbs, etc.)