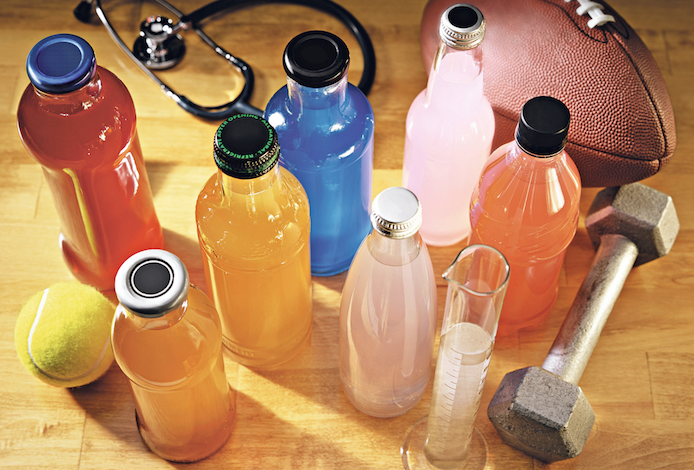 All athletes know this: you must drink during exercise. But if hydrating during, but also before and after, is a basis of physical preparation, what to drink, and especially under what circumstances?

We are made up of 90% water and as soon as we move, even if we are walking, we lose it. It is, therefore, necessary to replenish the reserves permanently, a fortiori when an intense effort is produced. Yes but with what? Clearwater (mineral or tap), energy, vitamin, energizing or isotonic drinks? Difficult to identify with all the drink proposals called “effort”. Decryption.

1 / Drink according to the activity

Should we drink the same thing and the same dose during a half-marathon, a basketball match or a mountain trekking? we often wonder. Wrong question, because it is not the discipline that counts, but the duration. Within an hour of practice, an athlete only needs pure water, he loses nothing else. After an hour of effort, we draw on our energy reserves, that is, in the liver, muscles, and fats. And that’s exactly what to avoid. The energy supply of sugar and mineral salts, therefore, becomes necessary to compensate for the losses.

Contrary to popular belief, hydration should start before exercise. Ideally, you should absorb half a liter of water in the two hours before the practice, whatever it is. Pure water is enough. During the effort, you lose an average of 1 liter of water per hour, which must be compensated by drinks enriched with sugars and mineral salts. The absorption of the drink (at temperature, neither too hot nor too cold) must always be done in regular small sips (every quarter of an hour) for better assimilation, avoiding drinks with fructooligosaccharides (FOS ) which contain fibers sometimes badly supported by the organization, and which one finds in certain powders to be diluted. After exercise, drink to recover. Sparkling mineral water will promote the penetration of water into cells. With good hydration, you will avoid a number of injuries (tendonitis, elongation, breakdowns…) and stiffness. Drinking is all the more important as poor hydration is the first cause of fatigue in high-performance athletes.

3 / Know how to choose your drink

Here are the basics of each of these supplemented drinks, according to their category.

Today called “dietetic effort drinks”, they are initially designed for athletes. Originally, they were also called “isotonic drinks” (see below). They are mainly used to fight against dehydration and they provide energy via sugars with rapid assimilation to support the effort, sugars with slow digestion for endurance, vitamins and mineral salts. It is recommended to take them during exercise, a few sips every quarter of an hour.

These are exercise drinks supposed to approach the composition of the blood plasma, which would allow better absorption of its compounds (vitamins, minerals, sugar, etc.) through the membranes of the body, and therefore better assimilation at the intestinal level. These drinks are said to respect the isotonic of the body. Like the above energy drinks, it is recommended to take them during exercise, a few sips every quarter of an hour.

They are only intended for people with deficiencies, but they will never replace vitamins in fruits or vegetables. In addition, these vitamins are not always assimilable, so they are of little interest to athletes.

These drinks have practically no interest in performance (endurance, power, and strength), but have proven side effects: stress, excitement … Sports nutritionists are categorical: they bring very little water, are hypersucred , and not necessarily composed of sugar comparable to the effort, and do not contain minerals, in particular, no salt. Their consumption leads to a mineral fall by the kidney, from where a cardiac risk with the effort. In addition, they contain other products such as caffeine, ginseng, vitamin B, ginkgo Biloba, carnitine, maltodextrin, guarana or taurine, which have no nutritional value. Worse, caffeine is a diuretic. This is the paradox: we absorb energy drinks to rehydrate, but these drinks dehydrate us. Dehydration, the more the mineral disorders, the more the exciting effect, are three parameters likely to disturb the cardiac contraction during exercise. To promote cardiac arrest during exercise. “