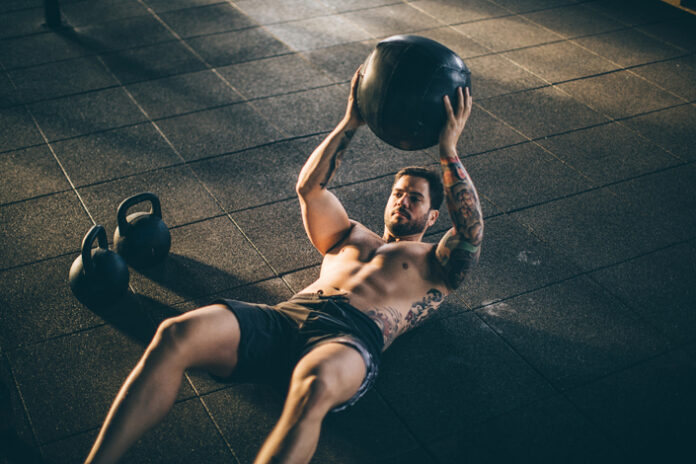 In the 1980s, the fashion for “chocolate bars”, launched by people like Tom Cruise and Madonna, started to reach the general public. The hyper muscular abs were no longer the prerogative of die-hard bodybuilders. At the time of Arnold Schwarzenegger, some champions worked their abs for 30 minutes a day. On the other hand, some of the current professionals only work them during the preparation for a competition. This advice is for almost all bodybuilding practitioners, from newcomers to contenders for Mr. Olympia, because many of us neglect the work of the abdominal strap too much. You have to target that part of the body, and we have solutions to help you give your deep muscles the attention they deserve.

Abs training to finally see them

Some practitioners neglect their abs because they are convinced that their next diet is enough to restore their abdominal straps to their full definition. For them, restriction of carbohydrates, cardio and crunch are as inseparable as steak and fries. Therefore, when their abs lack definition, they think it doesn’t matter. Another cause of neglect: even for bodybuilders who follow a program for the abs, it comes down to low-intensity sessions that they cram at random, at the end of their daily work. Since this work is not used for much, they have no qualms about missing a session. So those are two of the main reasons why a lot of bodybuilders neglect the workout of abs. Now here are two great reasons to pay attention to them. First of all, it is imperative to strengthen the muscles of cladding: in fact, these play a preponderant role in mass movements such as deadlift and squats. Then, intensive sessions, but limited in time are not enough to develop the muscle mass of the abs. On the contrary, you have to make them work all year round if you want to make them fat – or at least preserve their muscle mass.

Think about the most effective series you did during your last chest session. Now answer the same question for the abs. If you are inexhaustible on the bench press and incline bench press but don’t know what to say for crunch and leg lift, you deserve a zero point. Do not panic, few bodybuilders pass this test successfully. As a rule, the sessions for the abs lack intensity, but that’s not all: very rare are those who are even aware of this lack of intensity. On the contrary, we perform an incalculable number of long series, while we would never dare to use this method for the pectorals or another muscle group.

In high school, the abs sessions are limited to crunching or other calisthenic exercises, which is why so many bodybuilders spend their time working the hip flexors and stretching the erector muscles of the spine by botching the technique of execution instead of actually contracting their abs.

Tip 4: Work the top and bottom of the abs

Most bodybuilders work more particularly, if not exclusively, the upper part of the rectus – the famous chocolate bar. In reality, this is just one of the four abs areas. The other three zones are the lower right (which extends from the chocolate bar to the groin), the external obliques (on each side of the central zone) and the transverse of the abdomen (located under the right and obliques). The lower part of the abs is often overlooked because – at least when you are dressed – it is less visible than the upper part. If bodybuilders generally refuse to work obliques, it is for fear of enlarging their waist. As the transverse is invisible, one therefore often acts purely and simply as if it did not exist.

Many bodybuilders think that by doing enough crunches, they will be able to forge abs with chiseled relief. Even if recent studies prove that it is possible to act directly on rebellious areas, the ideal way to eliminate adipose tissue and sculpt your abs is to lead diet and cardio simultaneously.